Like many institutions, our supported email client is Microsoft Outlook. Over the years, a not insignificant number of support-cases have been initiated over the confusing configuration of a default mail reader on OS X. Specifically, when users click a mailto:// link on a webpage, rather than opening Outlook as they might expect, OS X opens the default mail handler, Apple Mail. The problem becomes compounded when Apple Mail refuses to let you do anything until you have successfully configured a mail account through its new account wizard. Enough users have a hard time figuring out how to scroll text windows without grabbing the side-sliders that expecting them to go rooting around in the preferences is a tall order, especially when we can set it for them.

This post will cover how to set the default handlers for your client machines, and importantly, also how to set them back again, which may look simple after you have solved the first problem, but be wary! Looks can be deceiving!

Unlike some OS’s, where a system preference pane allows you to configure all of the default handlers for different file types and URL schemes, Apple scatters them throughout their bundled apps. The default mail reader is set in Mail’s preferences; Calendar in Calendar, contacts in Contacts… etc.

However, this preference is not set in the preference domain for Mail, Calendar, or Contacts; it shows up in LaunchServices, although setting default handlers by writing to LaunchServices’s preference file with defaults or editing a plist is not the supported means, nor does it seem to work correctly.

Apple provides a LaunchServices framework, however, for managing default handlers for URL schemes and file extensions. This is a bit more involved than just running a commandline utility, but it’s not terribly complicated either.

Therefore, savvy admins have been making using of the C program duti to configure their client machines to use non-Apple handlers. For example, see Rich Trouton’s solution.

When I began looking at configuring my fleet to use Outlook, I downloaded the source for duti and tried to compile it myself (there are no binaries on duti.org or GitHub). This failed, of course, since it hasn’t been updated for 10.11. This was easy to fix, but it’s when I began to smell the oncoming “This isn’t going to be as quick as I initially thought” smell that was wafting off of the still smoking binary I had just linked.

For those wanting to build duti, it’s perfectly functional to just grab the current code and build it on a pre-10.11 machine. I think Rich told me his was built on 10.5!

I wrote a three line script to use duti to set the mailto handler (a URL scheme) to Outlook, and to also configure Outlook for ics (Calendars) and vcf (contacts). I set up a pkginfo to deploy duti to my machines, as well as another pkginfo to execute the above script that requires duti.

Without going into extensive details about the testing and release process, this solution worked great, and I moved on to the next thing. Client machines built and had the correct app configured for the communications tasks intended.

Grumbling Out of Earshot: The Next Problem

(UPDATE: The bug described below has been fixed by Apple) Then I started to hear from the die-hard Apple users about how they were both disgusted at my complicity in Microsofting their Apple, and more importantly, their inability to undo what I had done and use Apple Mail as their default mail reader. Apple Mail of course still worked correctly; the specific problem was that trying to use Apple Mail’s preferences to set the default mail reader to Apple Mail failed. After setting the default mail handler to Mail, clicking on a “mailto” link still opened Outlook, and upon examining the setting in the Apple Mail preferences, the setting had reverted back to Outlook. 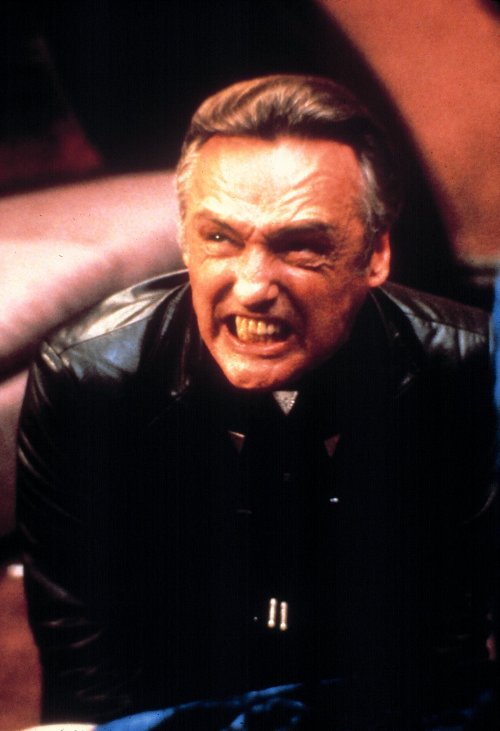 I immediately double-checked all of the configuration profiles, scripts, and other stuff that comprises our build process. The reverting seemed to occur about 10 seconds after setting the preference, which seems to point towards CFPrefsd restoring something.

A combination of system_profiler SPManagedClientDataType and mcxquery is a good start to getting a look at managed preferences. This, however, didn’t turn up anything aside from the above duti script.

Next I took a closer look at duti’s source, to see if it was doing anything strange or unexpected. You can see where URL schemes are set here

duti makes a single LaunchServices function call to set the handler, and I didn’t see anything else going on.

Next I dug into the LaunchServices documentation. To eliminate duti from the mix, I spun up a Python interpretor and did the following:

…and I was thinking to myself, “fine, I’ll just do it with python. And then to be safe I repeated the last command…

It had reset on me while I was prematurely congratulating myself for a job well-done.

I set up an infinite while loop to poll the mailto handler every 5 seconds and tried a number of things. What I discovered after a number of tests was that not only could I not set the default mail handler back to Mail in any way (duti or the GUI), but also that I could recreate this problem without ever using duti, or the python/PyObjC above. I was able to recreate it with just the Apple Mail preferences. Sure enough, with a little bit of Googling, I found a thread where people were complaining about this very problem.

Just to confirm, I threw Apple Mail into Hopper and could verify that it wasn’t using any super-secret private methods or anything; it was using the exact same function duti and my python were using.

After a lot of fiddling around, I learned a few more things:

I have filed, and have had closed as a duplicate, a bug with Apple about this issue, so they know about it, and it will probably go away soon. So while the specific need to allow users to reset their mail handler to Apple Mail will go away, I think the solution I came up with serves as a good example of how to make use of Munki’s OnDemand feature and PyObjC to add descriptive and helpful self service items to Managed Software Center. Casper Admins can of course modify the following to make use of their Self Service feature without too much work.

How I Did It

At this point I had already been setting and getting my mail handlers with Python, so I decided to drop using duti. This saves me from an added dependency on my client machines.

Then, I have two sets of pieces: Setting Microsoft Outlook as the Default Handler for mailto, vcf, and ics:

The initial configuration is installed using a Configuration manifest that is applied to all client machines. Setting the mail handler back to Apple Mail is placed in a Self Service manifest, along with a category of Self Service, to help users find it. It has our corporate logo, and a detailed description of the process to supplement the dialog box that the script will present. Really, this is the easy part.

Here are the interesting parts of the initial configuration. See the full gist for all of the pieces.

Both tasks use outset to run the script. The default handler settings only work if they are run as the user to which the setting should apply. The initial configuration to Outlook is done with a login-once script, which runs the script only once per user, when they log in. The reset script uses outset’s new on demand execution type to run immediately as the current console user.

Setting the mail handler back after you’ve set it the first time is a little more involved, mostly because we don’t want to just kill loginwindow like a savage. I had timed Alert class already lying around from this project, so I just grafted it in, even though I don’t make use of the timer.

The logout is executed, strangely enough, by shelling out to Applescript, sending the «event aevtrlgo» event to loginwindow. This allows us to skip the “Are you sure you want to quit all applications and log out now?” dialog. However, things like active terminal sessions will still block the logout, thus, the explanatory text requesting the user to prepare for logout. While it’s of course very easy to just drop the user to the loginwindow, or do a forced logout, I prefer to give the user more control of what is happening given that this is a self service environment. The auto_logout project mentioned earlier demonstrated that rebooting rather than a forced logout avoided some weird graphics glitches that resulted from killing loginwindow (which immediately gets respawned), with the same result (user ends up at the login window). However, having to logout to set the mail handler seemed silly enough; rebooting just seemed like a travesty.

As before, here are the interesting parts; see the full gist for the complete set of pieces.

Hopefully this problem will go away (UPDATE: It did) and very few users will even need it in the first place. However, it was a good opportunity for me to put into place these pieces to serve as an example or template for how to solve future issues, including prompting users, running scripts in the console user’s context, and making use of Munki and outset’s on demand features.